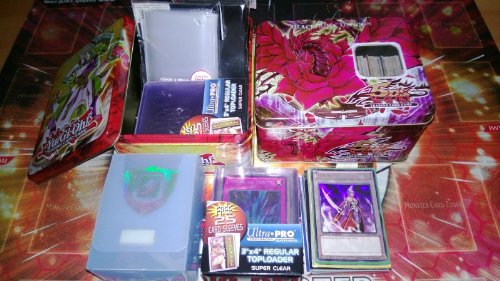 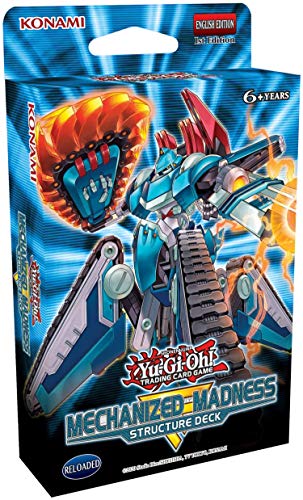 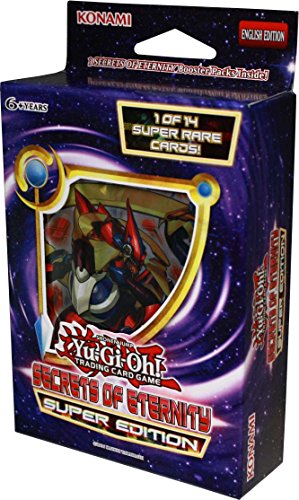 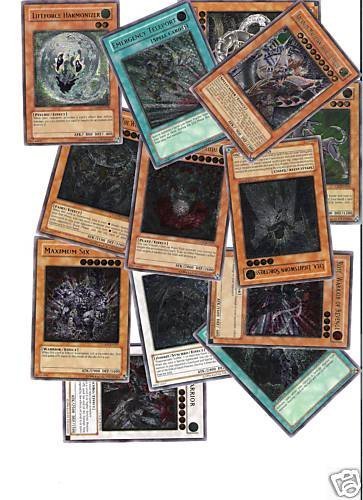 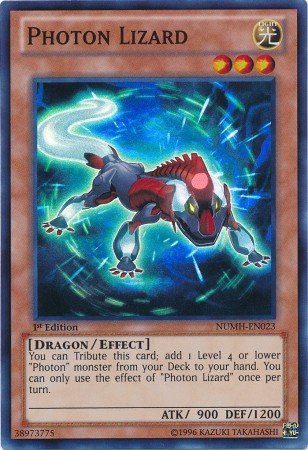 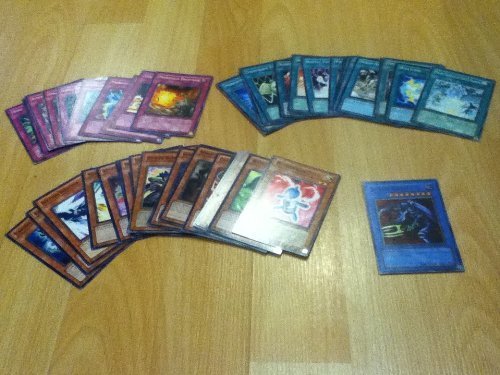 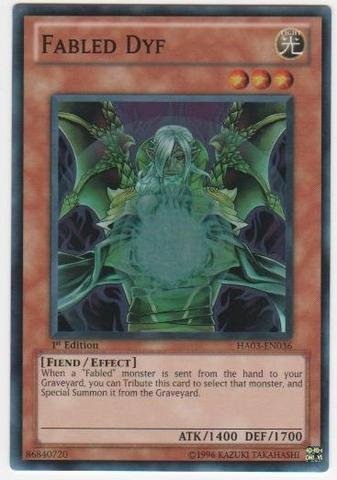 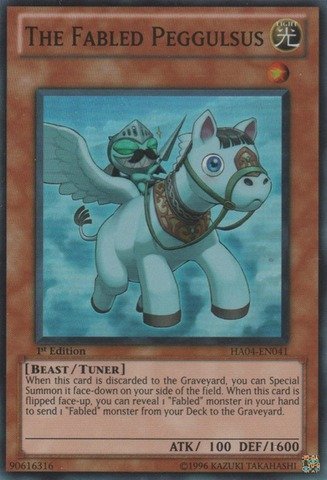 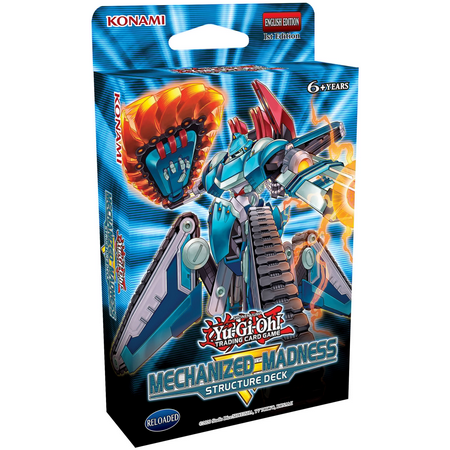 ll hands, man the battle stations! The colossal Machina army is back with vengeance in Structure Deck: Mechanized Madness! Originally featured in the Machina Mayhem Structure Deck, Machina Gearframe and Machina Fortress ran rampant after their initial debut. Now, over a decade later, they are back and stronger than ever with a new wave of support to add to the Machina arsenal! Machina Citadel leads the charge with a massive 3000 ATK and a Quick Effect that can decimate your opponent’s monsters by turning a Machine you control into an explosion of shrapnel! If your opponent manages to topple your Machina Citadel, it can reassemble itself from the Graveyard when an EARTH Machine you control is destroyed. However, you can also leave it up to your own Machina to trigger this effect after you have thrown it to the junkyard.One way to get that plan into action is by launching an aerial assault with Machina Air Raider. You can discard a “Machina” to Special Summon it from your hand, potentially ditching a Machina Citadel to the Graveyard! During your opponent’s turn, its Quick Effect can destroy a Machine you control and salvage the scrap to Special Summon a “Machina” from your Deck with a different name and equal or lower Level than that Machine. After that, because the Machine was destroyed, a Machina Citadel in your Graveyard can come back at full force!If a ranged attack is more your style, Machina Irradiator can accelerate itself on the field by discarding a “Machina” as well. Machina Irradiator can also destroy one of your Machines to Special Summon a “Machina” with a different name and an equal or lower Level than your monster, but from your Graveyard instead! While Machina Air Raider specializes in disrupting your opponent with its Quick Effect, Machina Irradiator proactively uses its effect during your own turn, so you can strategize the best way to turn the tides of battle!Structure Deck: Mechanized Madness is ready-to-play right out of the box, but you can add some extra firepower to your Deck with the help of other products like Duel Overloadand more! Structure Deck: Mechanized Madness contains 42 cards:37 Commons 3 Super Rares2 Ultra Rares1 Double-sided Deluxe Game Mat/Dueling Guide 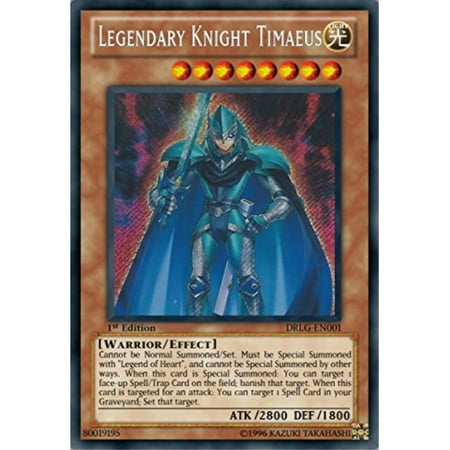 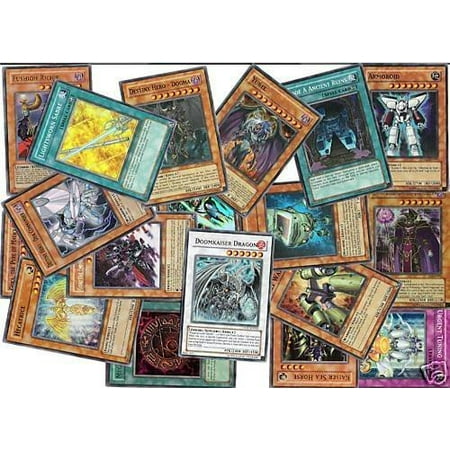 40 Foil Yugioh Trading Card Game Authentic Cards all cards will be one of the following in regards to rarity: Rare, Secret Rare, or Super Rare.

40x Assorted Authentic YuGiOh Promo Foil Cards!The Assorted Cards will contain the following levels of rarity: Rare, Super Rare, Ultimate Rare, and SECRET RARE!All cards come in mint condition, and are assorted to give the buyer the best selections from all previous and current releases!Authentic English VersionGOOD LUCK COLLECTING THIS EXCLUSIVE CARD LOT SET WHILE PRODUCTS ARE IN STOCK! 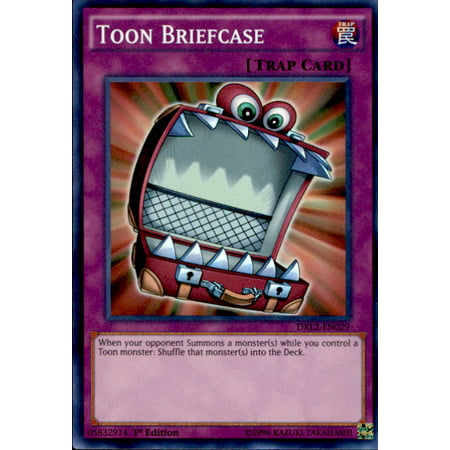 We do not differentiate between 1st Edition and Unlimited Edition. 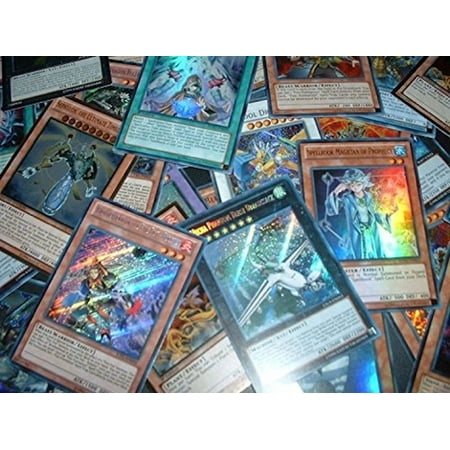 An amazing collection of 10 different Yu-Gi-Oh Foil Rares. These are some of the most valuable and hardest to find Yu-Gi-Oh cards available. The lot will consist of a combination of any of the following rarities: Super Rare, Ultra Rare, Secret Rare, and or Ultimate Rare. Each lot contains a good variety of different cards and at least 90% are in near mint or mint condition. These cards can come from any Yu-Gi-Oh set. 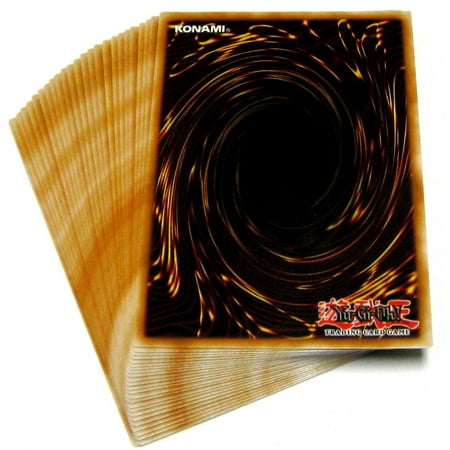 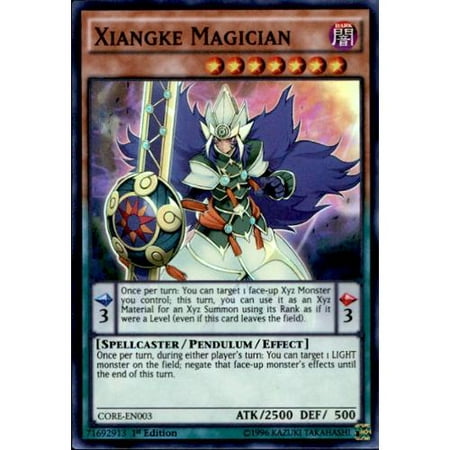 Dark. Spellcaster/Pendulum/Effect. 7. 2500/500. Pendulum Effect Once per turn: You can target 1 face-up Xyz Monster you control; this turn, you can use it as an Xyz Material for an Xyz Summon using its Rank as if it were a Level (even if this card leaves the field). Monster Effect Once per turn, during either player's turn: You can target 1 LIGHT monster on the field; negate that face-up monster's effects until the end of this turn.

Dark. Spellcaster/Pendulum/Effect. 7. 2500/500. Pendulum Effect Once per turn: You can target 1 face-up Xyz Monster you control; this turn, you can use it as an Xyz Material for an Xyz Summon using its Rank as if it were a Level (even if this card leaves the field). Monster Effect Once per turn, during either player's turn: You can target 1 LIGHT monster on the field; negate that face-up monster's effects until the end of this turn. 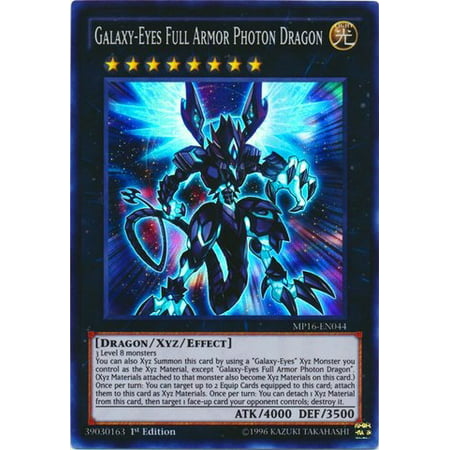 Yu-Gi-Oh is a strategic trading card game in which two players Duel each other using a variety of Monster, Spell, and Trap Cards to defeat their opponent's monsters and be the first to drop the other's Life Points to 0. Card Name : Galaxy-Eyes Full Armor Photon Dragon Card Type : Not Available Card Number : MP16-EN044 Attribute : LIGHT Level : Not Available Monster Type : Dragon / Xyz / Effect Passcode : 39030163 Card Text : 3 Level 8 monstersYou can also Xyz Summon this card by using a "Galaxy-Eyes" Xyz Monster you control as the Xyz Material, except "Galaxy-Eyes Full Armor Photon Dragon". Xyz Materials attached to that monster also become Xyz Materials on this card. Once per turn: You can target up to 2 Equip Cards equipped to this card; attach them to this card as Xyz Materials. Once per turn: You can detach 1 Xyz Material from this card, then target 1 face-up card your opponent controls; destroy it.SKU:ADIB01LBM27JW